Throughout the Steel City, a system of remarkable city steps connect 90-plus communities. Spreading across hills and valleys and creating paths to playgrounds, churches, and markets, these steps supported the migration of steelworkers who kept the city alight and their families as well. Some of these stairways are crumbling; others are being revitalized by their neighborhoods. Steps in Motion connects communities, literally across time and space, linking places, generations and cultures, bringing us closer together.
Steps in Motion: A Northside Animation, a collaborative project on city steps supported by 50+ volunteers, captures grandparents’ stories, documents a clean-up and creation of a mural, culminating with an experimental film. Steps showcases a diverse community; preserving and celebrating unique land-bridges between Pittsburgh neighborhoods.
Interested in a screening in your neighborhood, contact Catherine at stepsinmotionpittsburgh@gmail.com.

Steps in Motion and Other Animation 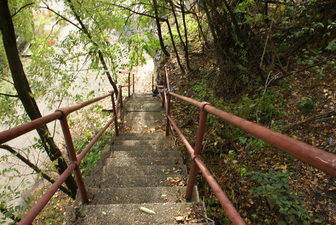 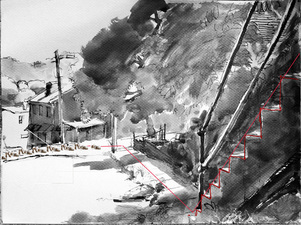